5 technological innovations that changed the NFL

Technological innovation drives our world, and sports have been quick to spot the possibilities. The NFL has embraced tech in all aspects, from on field to on screen. Here are 5 of the best. 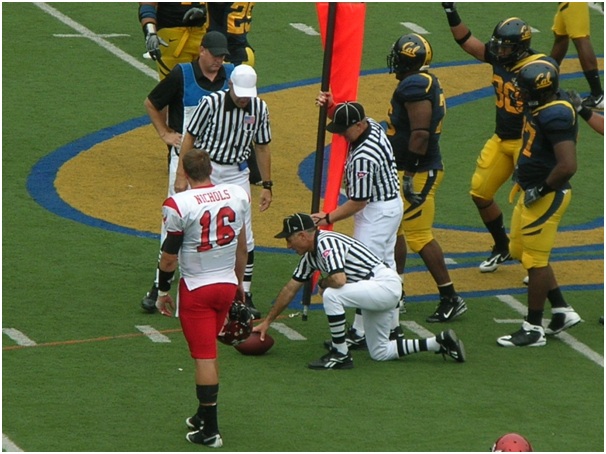 It started small, with only a handful of games in pin sharp HD. Now every game in the NFL is broadcast in high resolution and Commissioner Roger Goodell is warning that stadium attendance will fall because of it. Things may be about to get worse for him, but better for the fans with the advent of 3D broadcasts and 4K super high definition cameras.

Though AstroTurf promised much, it often didnt deliver. Instead of grass turning into a muddy morass, the artificial surface was like concrete. Field Turf melds the durability of an artificial pitch with the cushioned feeling of grass. Gone are the carpet burns of AstroTurf, whilst the surface looks great and plays well all season.

Modern helmets are a long way from the leather headguards of the 1950s. With the increasing concern around head injuries, modern helmet design features face masks that flex on impact, Kevlar padding to protect the brain and custom computer-designed memory foam liners.

Helmets also feature wearable tech like two way digital radio communication between coach and players. Helmet cams are on the horizon, and have already been trialled in College football.

Though computer technology is banned from the pitch, the iPad playbook is everywhere in football these days. Teams use apps to communicate information from training schedules to updates on strategy using synced, password-protected devices. Its something any team can copy. If youre coaching soccer drills, for example, you could call up information and videos, such as a Sportplan soccer drill video, just like the NFL do.

With so many plays to follow during a game, instant replay is a boon for referees and fans. First debuted in the 1980s, grainy tape technology didnt work so well. Things improved in the 90s with video technology, but now with hi-res and multiple camera angles, instant replay can pinpoint anything from a fumble to an out of bounds. In fact, fans often get a better view of a replay on high definition screens than the lead referee does on his 26 monitor under the hood.