Kitchen Hacks: How to replace condensed milk with 5 alternatives

There are incredible recipes that involve the use of condensed milk, but if we don’t have it in the pantry how can we do it? Here are 5 alternatives to replace it.

Condensed milk is a very underrated ingredient, as well as criticized by many who accuse it of being botched: it is simply evaporated milk often sweetened. That’s all. There are recipes in which it is the protagonist, but can we do without it when we don’t have it at home? Here’s how to replace it.

Below you will find 5 alternatives to condensed milk, which are not exactly identical to the basic ingredient but can make up for its lack in emergencies. Sometimes you don’t even need to replace it… in key lime pie for example, where it is one of three fundamental ingredients, it can be omitted: just coagulate the yolks while cooking, add the cream and lime, and if necessary a little cornstarch to thicken. But let’s move on to the actual substitutions.

Those who have already prepared dulce de leche once in their life know very well that a very slow and delicate cooking of the milk leads to a dense and concentrated cream. So, making condensed milk at home is less complicated than it seems: sure, it’s a bit long process but it’s worth trying so you don’t have to buy it again.

Mix whole milk with half the fresh cream and simmer gently until reduced by half. You can now add the granulated sugar and a pinch of salt. Once you have obtained the homemade condensed milk, you can replace it with the same dose in the recipe.

Making condensed milk at home is a satisfaction but takes up a lot of time. Alternatively, you can use liquid fresh cream (exactly, the one on the refrigerated counter, to be whipped) and sugar in a 4:1 ratio (4 parts cream and 1 part sugar): combine the two ingredients and you will get a “heavy” cream ( heavy) to be used instead of condensed milk. The doses? Same as those provided for condensed milk.

Not everyone keeps powdered milk in the pantry, but it is an ingredient that is used to preserve and that lasts a really long time. When rehydrated with the same weight of water, it can turn into condensed milk. To make it as sweet and velvety as condensed milk you can add sugar, and a pinch of salt and some even suggest blending it with a knob of soft butter.

The first suggestion (making condensed milk at home) and the second (using cream) are also valid if you prefer to use vegetable drinks – now there is also lactose-free condensed milk on the market, but you may have a vegan requirement. The most suitable vegetable drink to cook and condense is almond “milk” because it already has a certain density and is less watery than others. You can also vary the vegetable drink according to the other ingredients in the recipe. The choice can be very diverse: nut, oat, coconut, and walnut drink. Alternatively, you can also use an unsalted vegetable cream.

5. Coconut cream in a can 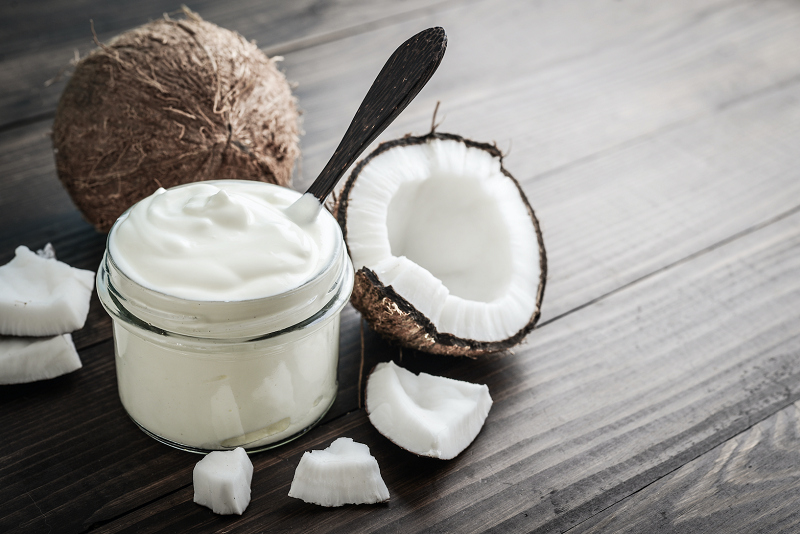 Don’t confuse coconut water and coconut “milk” with coconut cream. I have already described the differences between the three products and we need coconut cream or coconut that looks like cream and is usually sold in a can. If the vegetable coconut drink usually has 1 part of coconut meat and 2 of water, in the cream there are 4 parts of coconut meat and only 1 of water. On the market it is found both sweetened and neutral, the choice is yours to correct it after slow cooking to concentrate it.